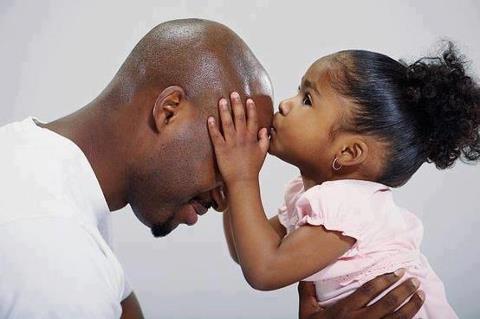 Zuri was a force to reckon with. She never accepted anything that was not his best from him. This had pushed him to work not just on his career but also on himself as a man. He had gradually started becoming the man he would want his children to be proud of.  He had discovered himself all over again and he couldn’t be any happier. He was having the highlights of his life and for the first time in forty years, he was no longer wearing a mask. His external and internal life were in sync.  She had lived in the shadows for decades and Zuri was having none of this. She told him what she wanted and she was no longer living her life for him but for herself. He had gone in utter disbelief when for the first time in their ten-year marriage Zuri had said “NO.”

For 14 days straight, she disappeared without a trace or notice. Jabari had been very worried and lost. He wondered where his beloved wife could have gone to. He had searched for her in all the places he could think of but she was nowhere to be found. Family and friends were now concerned because she had not contacted any of them. No one was sure if she was alive or dead. She had abandoned her family home and this was totally out of character for her. Their eight-year-old twins could not totally understand what was going on. Mom was nowhere to be found. The sad reality is that they saw it coming.

Tamara and Yara went to their dad Jabari and said that they were happy that their mom was not around for the past 2 weeks. Jabari was shocked but chose to ask more questions.

“Why do you say so my angels?” A concerned Jabari asked.

Tamara and Yara in unison replied, “Mom has been unhappy for so many years because she seemed like she was living by what you wanted and not what she needed or wanted.”

Jabari gasped in disbelief and angrily shouted at the twins “What?”

This was the first time that he had ever lost his temper on his children. He felt ashamed of his actions when they burst out crying and left him in the living room alone as they walked and locked themselves in their bedroom.

Jabari fell on the floor and started wondering what had he really done wrong for the past 10 years of his marriage. Zuri had complained from time to time that she was not really content but he had always thought it was how she coped with life. He broke down in tears for like 30 minutes before going to talk to his children. He knocked on their door gently but no one answered. He tried to unlock the door but it was locked from inside. He became a bit worried then eventually he heard Tamara say that they want to be left alone. This broke his heart into a million pieces. Rejection from his two beautiful daughters was too much to handle. He stayed by the door and begged for about 15 minutes for them to open it so that they could talk. Eventually he saw the door sway open and Yara was looking at him straight in the eyes. She had her mother’s eyes which made Jabari weaker in the knees. She stared at him for a few moments then said, “Dad I am disappointed in you for not realizing that mum has been waking up crying every day for the past 30 days.” This made him more confused and disoriented. How was it possible that his children could see the sadness in their mother and he couldn’t? He thought to himself.

He knew Tamara and Yara were smart like their mom but he had definitely underestimated their intuition skills. He asked them how they knew that she cried each morning and they said that every morning for the past 30 days, their mother’s eyes were red, soggy and bulgy as she made them breakfast. This left Jabari puzzled even more. How could he be so blind?

8 year old’s could spot their mother’s pain yet he the one that slept on the same bed with her and had promised to be there for her could not see her falling apart.

Watch out for part 3