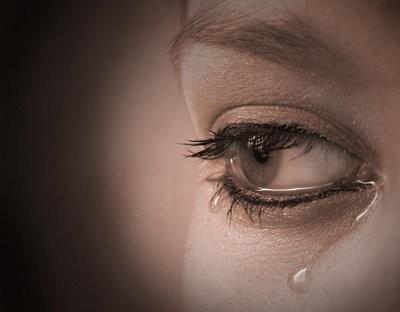 She looked on and all that was left was a cloud of pain and anguish hanging over her head. She could no longer go on because all she craved for was a flame of hope to just flicker at least once so that she can keep moving.  She stepped on broken  glass but instead of walking away, she just stood still and let her blood paint the floor red. The storm in her life was no longer wavering but rather than fight it, she just surrendered and let it engulf her. She was no longer running for better but rather was willingly giving into the madness that she had now come to accept as her life.

The desire to keep pushing forward was no longer there, all that was left was a lifeless soul that was ready to call it quits and meet its maker. The light in her eyes was slowly fading and all that could be seen was looming darkness that was ready to unleash the demons she had been battling for years. No one noticed as her shadow overtook her persona. The woman who was once a star had now become the dark side of the moon. Her bubbly aura was slowly changing to a deadly beast that no one would see coming.

Life had turned a jewel into a common metal and the warmth she had was becoming ice-cold without any remorse for her actions or words. The sun in her eyes was setting and there was no hope for a sun rise any time soon. The lion had now become a sheep and the roaring had gone silent because the voice had gradually gone dumb. The fire that once burnt so bright was no longer there because she had chosen to remain in the ashes of despair without any intention of ever igniting any remaining sparks.

Her journey on this world had eaten away all the flesh in her and all that remained is the bones she had started to accept as her fate.  She was broken and the scars that sore roots deep in her were finally becoming visible because the plastic smile she had been maintaining was no longer hiding them. The nails in her heart were beginning to pierce through her soft silky skin and the wounds could no longer be concealed. The pain was no longer a hidden secret but rather an escalating symphony show that everyone on the street could hear and see. Her problems were blowing the roof off the theatre ceiling because the speakers in her empire were amplifying them for anyone who cared to see and listen.

She was not in the shadows anymore but rather on the spotlight for all to see.The curtain was already raising for her and she no longer had the opportunity to run away from the predators that had been spying on her for a long time.  The tears cascading down her face were a sign that the ocean floor wasn’t as far as she thought. She was almost sinking in the drenched room that was flooded with tears of agony and sorrow.The confident queen had become the shy slave because the beauty that had once glittered her palace was gradually eroding. She had let the world take away her joy and she was no longer willing to get it back . She had become blind to her own worth and could no longer see the angel that was lying beneath waiting to be released into the world.

The tough diamond had become glass. She deserved the best but had decided to settle for less. The chess guru was slowly turning into a pond and her loved ones were definitely feeling the implications. The once fierce eagle had fallen to a hen and there was no hope of redemption. The clouds were grey because the once blue sky was a distant memory. She had chosen to live in the well of hopelessness where the rainbow never appeared and dawn never came. The light in her eyes was out and all that was left was an empty shell of darkness. As she lay on her bed, all she looked forward to was breathing her last and ending her script because she was ready for the director to yell cut.

The Voice had become the Echo,

The Titanium had now become the Bullet.

One Reply to “CRY OF A WOMAN”